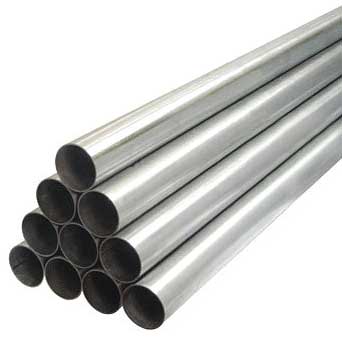 Govardhan UPVC Agricultural Pipes that we offer are gaining high popularity due to their sturdy construction and dimensional accuracy. We are enlisted among the reputed Manufacturers and Suppliers of PVC Pipes from Haryana, India. We manufacture PVC Pipes using the latest techniques at our well-equipped production unit. Our PVC Pipes are subjected to stringent quality tests so as to eliminate each and every possibility of defect from them.

Selection of pipe
For best efficience and optimum output, use the flow chart available below show. It is suggested that one should select the pipe size at an inter section of velocity 1 meter/ second and discharge (liter/scond). Frictional losses (h2) are also to be taken care of as shown in the diagram.

Selection of pump
The formula is - HP of the pump= QxH/75 x h
Wheres =Efficiency of the pump in % (I.E. 65%)
From the basis of these calculations suitable pump can be procured from the market

Selection and installation of the air valves
An air valve in the pipe line, functions the way are nose does. This is one of most critical – yet often neglected components in an Upvc pipe line. Since air is compressible in nature , it tends to accumulate in the pipe line. A non- functional air valve cause the accumulated air to generate very high localized pressure. This can not be read on a conventional pressure gauge. To avoid such an accurence, air valve should be installed at distances of 300 to 400 meters at peak points through out the pipe line. Such air valves can be easily procured from the market by having a proper selection of material available.

The thumb rule principle is : 1 kgf/cm=10 m of water column